Translated and adapted by Paolo Attivissimo with the author's permission.
The original Italian article is available in the author's 11-settembre blog.

Pictures of Ground Zero's cut columns disprove, once and for all, the imaginative theories that claim evidence of the use of thermite at the World Trade Center to induce the collapse of the buildings. Such "evidence" is merely a misinterpretation of the ordinary effects of cutting through the post-collapse remains of a steel structure. 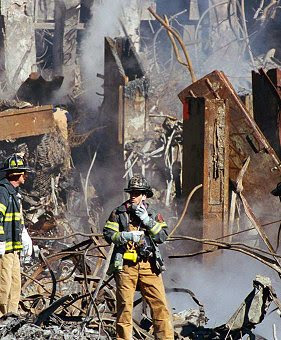 Photographs such as the one shown here of a diagonally-cut column stump (right) are often presented by certain websites as evidence of a collapse triggered by thermal cutting of the supporting columns.

To understand the situation more clearly, I acquired photographs taken by Joel Meyerowitz, the only professional photographer allowed at Ground Zero. I have verified that in Meyerowitz's panoramic views, taken very shortly after the collapses from many locations at Ground Zero, there are absolutely no columns which bear the markings of straight or diagonal thermal cuts, contrary to the claims of the supporters of alternative theories.

It is quite evident that the cuts were made at a later time, during debris demolition and removal. This can be deduced also by looking at the type of cut that characterizes the columns and beams that were loaded onto trucks for removal and storage and is also exhibited by the debris stored in the well-known Hangar 17 of the Kennedy Airport in New York.

Scenes such as the one shown below were quite normal at Ground Zero: 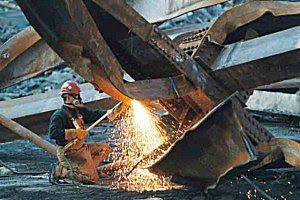 The pictures below show many examples of diagonal cutting in the material saved by NIST: 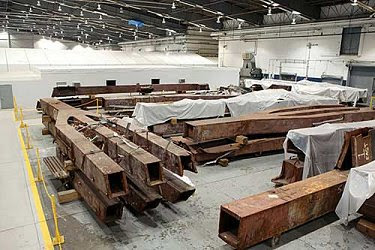 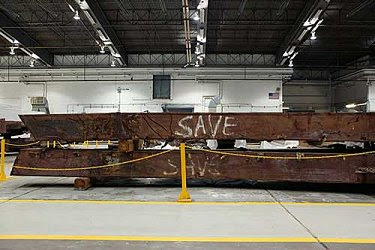 These pictures are already quite significant, but in order to obtain really definitive evidence I chose to check out in person how these tools work. With kind assistance from an Italian company specialized in the demolition of metal articles, I was able to document the thermal cutting capabilities offered by this technology during a truly impressive public demonstration.

Wearing protective gear for safety reasons, the worker wielded a torch powered by pressurized gas cylinders. Before our rather doubtful eyes, he attacked an enormously thick solid steel slab: 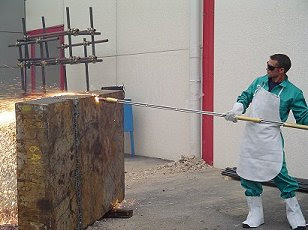 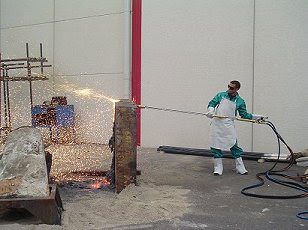 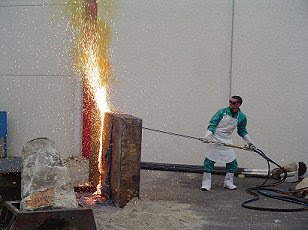 If you're surprised to see how the slab was cut, you know exactly how I felt. This demostration of effectiveness was genuinely exhilarating. Let's look at the details of the cutting area: 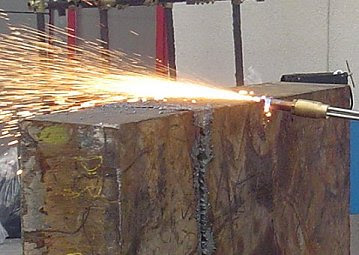 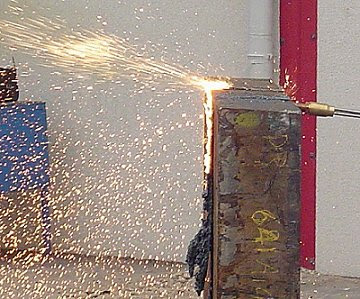 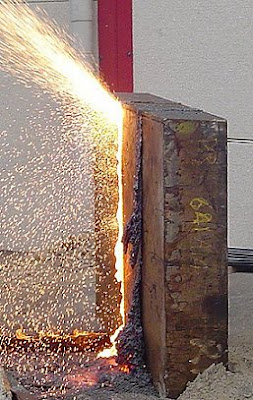 Within a few seconds, the slab was cut through, despite the considerable thickness of the steel. You can imagine the tremendous cutting potential in the case of the columns at Ground Zero, where the maximum thickness was certainly not comparable with the thickness of the slab used for this demonstration. The demo slab was far thicker than any core column.

The cutting speed was also astonishing. Once cutting had begun, it continued at the rate of several inches per minute.

It goes without saying that the dripping material on the back of the slab is molten steel. The appearance of the cut produced in the slab by a previous demonstration is also worth noting: does it remind you of anything? If the answer is yes, then you already know what to tell people who insist on talking about thermite.