Military data mining project Able Danger is one of the grey areas surrounding the 9/11 attacks. To help shed some light on it, attorney Mark Zaid (who is Able Danger member Anthony Shaffer's attorney) accepted our proposal to answer some questions about it.

We would like to thank Mark Zaid for his kindness and willingness to help.


Undicisettembre: Did or didn't Able Danger identify Atta and three other hijackers when they were already in the USA? 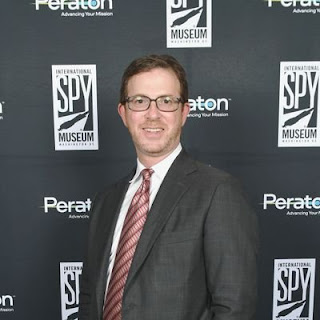 Mark Zaid: Off the top of my head I do not recall that the assertions were beyond Atta, but certainly at least four members of the Able Danger team (three civil servants and one contractor) continued to claim that they had identified Atta and his photo was on a chart. Former Congressman Curt Weldon claimed he brought the chart to the White House but it was never located. Beyond their verbal statements, there was no other proof that I recall.


Undicisettembre: Could have 9/11 been avoided if Able Danger had been authorized to share its findings with the FBI?

Mark Zaid: My personal opinion is I highly doubt anything different would have occurred. As I understood what the chart reflected, there was no evidence that anyone on it was connected to criminal activity. It just meant there was some sort of associational relationship. Former Secretary of State Condoleezza Rice was on one of the charts dealing with Chinese espionage activity because of her work at Stanford. So while it is possible the FBI could have taken a closer look at those who were connected to the Blind Sheik, which is who I recall was claimed to be at the center of this particular chart, there is no indication that it would have led to the foiling of 9/11. But that is a question we will never have answered.


Undicisettembre: How come they did not share their information with the FBI? Who prevented them from doing this?

Mark Zaid: The Able Danger team claimed that Army lawyers prevented them from sharing the information with the FBI.