On September 11th 2001 Barry Donadio was an Air Force Security Forces officer, a volunteer firefighter and an Emergency Medical Technician; his professional background gave him a unique view of the events as they were unfolding. To discuss his thoughts of that day, Donadio accepted our proposal for an interview which we are today offering our readers.

We would like to thank Barry Donadio for his kindness and willingness to help.


Undicisettembre: What do you recall about 9/11 generally speaking? 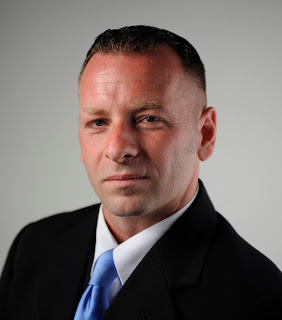 Barry Donadio: It was an unexpectedly shocking day for all of us. I had been to New York City the day before, I was doing some part time work as a legal document process server delivering court papers to people being summoned to court. My full time job was as an air force security police officer in New York, I was based in Westhampton Beach, Long Island. At that time I also led the Emergency Services Team, which is a police SWAT team.

On the morning of September 11 2001 I was planning on going back into Manhattan, which was forty miles away from where I was, when I received a phone call from a relative telling me to turn on the TV and said “You are not going to believe this”. At the time I had turn on the TV, only one plane had hit the Trade Center and I said to myself, "I can’t image that being an accident". Being in the military and in law enforcement you think with suspicion of such events. I remained hopeful that it somehow was an accident, maybe a mistake by the pilot, even though it was a perfectly clear day and I could not rationalize it being accidental.

I began to think that I should start to head towards New York City because I was also an experienced volunteer firefighter and I was also an Emergency Medical Technician and I had responded with ambulances for a few years. Not long after as I started to gather my things to respond to the city, the second plane hit the other tower. This occurred all on live TV. The news people were still talking and did not notice the other plane hit the building. I was thinking, "Did I just see what I thought I saw?" I was hoping not. They were not saying anything and I was not sure if I was imagining this. After about 30 seconds the TV news people caught on and announced that another plane had hit the other tower. Things became very hectic at that moment. It was terrorism or even a military attack from another nation under way. At that moment everyone became glued to the TV and seeking updates and other information. There was an overwhelming amount of information being transmitted through the news channels. People were not sure what to believe or what to do because some reports were inaccurate. Then more reports came in stating that there were more planes in the air and they were potential missiles against other targets.

While I was getting ready and trying to understand what was going on, the third plane hit the Pentagon and my priorities changed from going into the city to assist as a firefighter or EMT to a role as a soldier. I assumed since the Pentagon was hit that we were now at war and that the attacks in New York were potentially a simple diversion for the true attack that would be coming from a potential of a few belligerents such as China, Russia or North Korea. Bin Laden had even entered my mind that day, but when the Pentagon was hit I assumed the event to be a much bigger scheme then what bin Laden could do. I thought it was like Pearl Harbor.

I got into military uniform and rushed to the military base where I served. While driving there I fully expected to meet resistance on the way there by either enemy paratroopers or enemy naval infantry. Long Island is a perfect landing point for invasion. Under my assumption, that would be the next phase of the attack on September 11th. My other hypothesis for what was to come after the Pentagon was hit was that there may already be nuclear missiles on the way that would rain down on the United States, and the Pentagon attack was to destroy or hinder our response. Quite frankly, I thought to myself “I might not be alive in two hours”. I never expected to live past the first two hours after the Pentagon was hit under my assumption that the real attack still had not taken place. It was much more of a complicated day than just the towers and the Pentagon being hit strategically and militarily.

I was shocked I made it to the Westhampton Beach Air Force base in New York without an encounter with enemy forces. When I got there, I grabbed a sniper rifle and waited for an attack on the base that never came. Now we know it was a terrorist attack, but on that day anything was possible.


Undicisettembre: What happened in the following days?

Barry Donadio: There was a lot of anger and much uncertainty in the first few days after the attack. I knew we would respond militarily but it was not happening fast enough to satisfy the need for an “eye for an eye” justice that many of us wanted immediately. But it was impossible to do it immediately because they had no idea who did this at the beginning; it took some time to understand who attacked us and how we were going to respond.

Reports began to come in from the New York City Police of officers that were missing. I knew two of them and had attended a tactical training school with them only six months before. Great men, heroes of the SWAT team, they were missing and most likely dead.

The priority of the nation was the recovery efforts in Manhattan, saving those who were still trapped and finding missing loved ones. We were obsessed as a nation with it.


Undicisettembre: Have you been to Ground Zero in the days after 9/11?

Barry Donadio: I went down there four days after it happened to serve more court documents to a business one or two blocks away from the World Trade Center. It was total devastation and it covered blocks. It wasn’t just where the towers stood, it destroyed everything. It was absolutely horrible.


Undicisettembre: What do you think of the air force response to the attacks while they were going on?

Barry Donadio: I think they did the best job they could do. I think no one anticipated American planes being hijacked and used as missiles. We are set up for that better now, but at the time no air force was ready for that, in any other country the same result would have happened. The U.S. Air Force did the absolute best they could under the circumstance.


Undicisettembre: What long term impact did 9/11 have on your job?

Barry Donadio: Law enforcement officers in America did not have the terror tactics knowledge and anti-terror training at the time of the attack. Some did, those that were in police intelligence and investigations roles. The officers on the streets did not know the terror tactics that they know today. We didn’t have the airport security we have today, before 9/11 we even had private security companies doing magnetometer checks before you entered a plane. We didn’t have the department of Homeland Security, we are a safer nation because of this.

So I would say that the long term effect would be a severe increase in training and awareness of terrorist tactics, intelligence and counter methods.

Barry Donadio: As a career soldier and law enforcement officer, it is important for me to remember and work to make sure that it never can happen again. For me, it is the threat of terror that is always in the calculation of how I do my job and what to be on the lookout for. Even pulling over somebody who didn’t stop at a stop sign may have something to do with terrorism if you check the driver and it is found that he is wanted, some of the 9/11 hijackers were even here in Maryland where I live now. 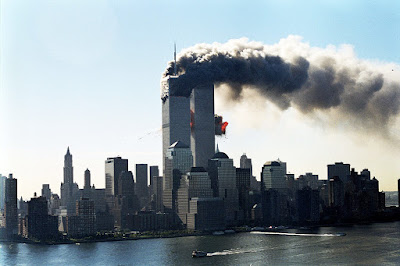 Undicisettembre: What do you think of conspiracy theories according to which 9/11 was an inside job?

Barry Donadio: Anything is possible, although regarding the attacks of September 11th 2001, I just don’t see a conspiracy. I am willing to believe that there may be things that have not been shared publicly, but I have to conclude that the attacks were not a conspiracy.

There are some people out that there that can find a conspiracy in the rising of the sun. Others make a lot of money creating doubt and creating a mystery.


Undicisettembre: How would you compare the crisis that followed 9/11 to the COVID-19 crisis the city is living now?

Barry Donadio: The September 11th attacks were a complete shock in one moment. You turned on the TV and you couldn’t believe it. It seemed to be much more of a quick strike at our emotions and innocence.

The COVID-19 crisis is also shocking but all of us could kind of see it coming and we had time to prepare. It was not so much of an immediate shock. It is true that none of us ever would have imagined the world being under quarantine. Our technology with computers and video conferencing had us much better prepared to deal with the pandemic.

Like September 11th 2001, the pandemic also has a positive effect. It is my opinion that the attacks on the towers eased racial tensions and brought us together as a nation. It even got Republicans and Democrats together.

Today’s pandemic has showed us all to be a great people. There has be a huge outpouring of kindness towards each other and a community unity here in the United States that I have not seen since I was a boy, which is absolutely wonderful.