Understanding 9/11 doesn't only mean knowing the events of that day, but also the mistakes that were made before that led to the terrorists fulfilling their plan, and even what happened afterwards with the War on Terrorism and the killing of Osama bin Laden. To further explore these topics Undicisettembre collected the account of former CIA office Glenn Carle.

We would like to thank Glenn Carle for his kindess and willingness to help.


Undicisettembre: Hi Glenn, thanks for the time you are giving us. Would you first like to introduce yourself? 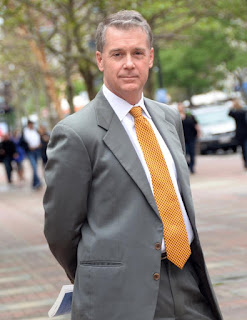 Glenn Carle: My name is Glenn Carle, I was a career CIA officer, an operations officer. And my last position was as the Deputy National Intelligence Officer for Transnational Threats of the National Intelligence Counsel, it's a long title but that means that I was responsible for the intelligence community’s assessments of strategic threats to the United States, and in particular terrorism.


Undicisettembre: Could 9/11 have been avoided if CIA and FBI communicated better between each other? Reason why I'm asking this is I guess you know what happened with FBI agent Doug Miller’s memo to the FBI that was blocked by the CIA. Ali Soufan talks about this in details in his book The Black Banners.

Glenn Carle: Well, when you look at the pieces of information that the intelligence community had, we could have put them together and stopped 9/11. That is true. Yes, there were errors of omission and errors of commission and errors of understanding. That's easy to say but that's a meaningless statement, because it is like saying "If I didn't do anything wrong, nothing would have gone wrong."


Undicisettembre: What do you think about the hunt for bin Laden and how your former colleagues tracked him down?

Glenn Carle: I was one of many many many intelligence officers who played some part in that as I worked in terrorism related issues. It was one of the triumphs of the intelligence community to piece the puzzle together and to find him. It was very good work.


Undicisettembre: What do you think of the decision not to show pictures of bin Laden dead?

Glenn Carle: It was a good idea not to show the pictures, just as when Hitler died and World War 2 ended the allies were concerned that there not be a grave site that could serve as a point for the sainthood of the fallen leader, as a rallying point for opposition-to-be against the victor, which in World War 2 were the Allies and the Soviets. In the fight against Islamic terrorism, to show pictures of bin Laden with a hole in his head and blood all over him would have served as a point to encourage and inspire hatred of the Americans as barbarians. I think it was a wise thing not to show the photos, even while understanding that not showing them would allow conspiracy theorists to say he’s alive somewhere... with Elvis maybe in the Bahamas. But that’s a lesser problem to deal with then creating the anger that would come by showing him as a tortured martyr. 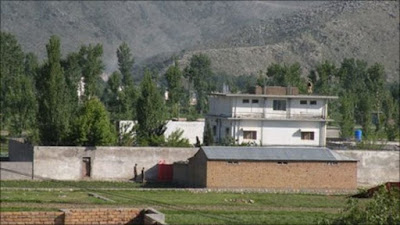 Undicisettembre: In your opinion, or as far as you know, was Pakistan shielding him or were they totally unaware he was hiding in Abbottabad?


Undicisettembre: What are your thoughts about the use of torture during the so called War on Terrorism?

Glenn Carle: Torture is illegal, ineffective, unnecessary, un-American and counterproductive. It betrays the entire point of the saga of American history and culture. It betrays western civilization’s three thousand years of struggle to have the state serve the needs of individuals, freedom and the rights of individuals. It is an action of fear and anger, it’s an instinct of reaction: to hate your enemy, to demonize him, and to want to subjugate him. It’s similar to rituals that human society engaged in throughout history, like pulling the hearts out of the victims if you were an Aztec or sacrificing people if you were an ancient Greek.

There’s no reason ever to do it and there’s every civilized reason not to; it does not give you strength, it does not make you safer, we do not need to do it. It undermines who we are and it makes us less as a society and as a nation. It truly contributed to the decay and the decline of American civilization and American democracy. It never ever should be part of any civilized state’s behavior.


Undicisettembre: Apart from being inhuman has torture been useful in finding bin Laden or Khalid Sheikh Mohammed?

Glenn Carle: No. The claims by the parties that defend it and say it has provided intelligence come from two types of people: those who are sincere but misled by people to whom they look for guidance and in whom they believe, and those who don’t want to be charged as war criminals and can’t accept that they made a terrible error in judgment. The claims by CIA, some of my former colleagues, of instances about when torture provided critical intelligence have all been shown to be spurious and completely not true.


Undicisettembre: What are your thoughts about the war in Iraq? Was it a mistake or was it justified?

Glenn Carle: It certainly turned out to be a catastrophic mistake. At the time I had worked on Iraqi issues, on their weapons of mass destruction program: biological, chemical and nuclear. I personally accepted, and I was in a good position to know, that Saddam continued to have programs to develop biological and nuclear weapons; that turned out to be completely wrong. The invasion as it was conceived and carried out was a catastrophic mistake because we literally had no plan for what would happen after Saddam’s fall.

America can destroy any army in any country, that’s the easy part. But what happens then? We had no plans and the assumptions of our leaders were insanely wrong. It’s one of the great blunders in American history.


Undicisettembre: Do you think that war in Iraq was also the cause for the rise of ISIS?

Glenn Carle: Oh, absolutely! There’s no question about it. Radical Islam precedes invasion of Iraq, but the invasion of Iraq, by breaking Iraq as it has existed, destroyed the dominance of the Sunni in Iraq and gave the Shia, who had been the majority in population but was a subjugated group, the upper hand; it extended the influence of Iran and took power away from Sunni tribal leaders in the west of Iraq in particular, which they resented and opposed. Also the Saudis in the great game of Sunni and Shia rivalry were not happy with the extension of Shia influence.

The destabilization of the traditional power structure aggrieved and angered the Sunni in Iraq and contributed to the destabilization of Syria and the radicalization of the Sunni in particular. Then you combine that with Assad’s history of ruthless oppression of any dissent and with a terrible series of droughts that led to some crop failures and water shortages that led to civil unrest in Syrian society, and the demand by different fractions that they be given a greater say, and the ruthless insurgency, all of which was exploited by jihadists. That led to the collapse and disruption of Iraq and Syria, the jihadists contributed to that, and they took over.

So yes, the destabilization caused by the invasion was one of the important factors leading to the rise of ISIS.


Undicisettembre: Linking two topics we have discussed so far, do you think there was any connection between Saddam Hussein and Osama bin Laden? The invasion of Iraq was also based on this. 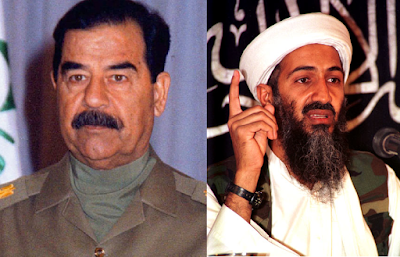 Undicisettembre: What are your thoughts about the alleged connections between the Saudis and the 19 hijackers?

Glenn Carle: It is true that there are rich Saudis who contributed and continue to contribute to radical Islamic and terrorist organizations like al Qaeda; but that the Saudi government formally supported bin Laden or al Qaeda, no. That’s not true.


Undicisettembre: What are your thoughts about conspiracy theories that claim that 9/11 was an inside job?

Glenn Carle: Well, you know, the Moon is made of cream cheese, the Earth is flat, you shouldn’t go out at night because there are werewolves. And of course the CIA did 9/11 and then killed bin Laden to make it look like we didn’t. These statements are equally insane.

The CIA has thousand of employees, there are countless very good journalists but still no one of the persons involved in this huge plot left any record, never had any conversation, no one said anything to anybody and they are all perfect in their silence about this. That’s absolutely impossible, it’s completely crazy. But there are a lot of crazy people. I said one time to my son when he was driving and a person cut us off, we almost had an accident and he was getting angry “Remember that by definition one half of the people surrounding you have IQ’s that are below 100.” So it’s not a surprise that there are a lot of conspiracy theories because there are a lot of people around who... aren’t very bright.


Undicisettembre: I guess you have the same thoughts about conspiracy theories about the killing of Osama bin Laden, right?

Glenn Carle: Yes, I have the same thoughts. Surely.


Undicisettembre: What do you think of ISIS today? What should the West do with them?

So what do you do? We don’t want ISIS to expand and there’s no one who is acceptable to anyone who’s strong enough to destroy ISIS. So we work with local forces and help them destroy ISIS. Now the question is: what’s next? No one likes the answers because they are all bad. Assad is the only realistic power that can rule the country, but we consider Assad horrible and a murderer. But the alternative is zero, so we got the least bad of a list of bad solutions. Now Trump has handed over whatever outside influence there is to Russia and that’s the exact opposite of what the United States should want to accomplish. But that’s where our president is and that’s where we are.