An interview with Robert O'Neill: the Navy SEAL who killed Osama bin Laden

On the night between 1-2 May 2011, Osama bin Laden was killed by a special team of the Navy SEALs in the compound at Abbottabad, in Pakistan, where he had been hiding for years. Robert O'Neill is the man who fired the killing shot during that mission. Since 2013, he has given his account many times in interviews, in documentaries and in his autobiography The Operator (Amazon), published in April 2017.

O'Neill accepted our request to grant us an interview, which we now offer to our readers.


Undicisettembre: Hi Rob, first of all thanks for the time you are giving us. You got a chance to see Osama bin Laden alive for a brief moment, did anything in particular strike you of him as a person? 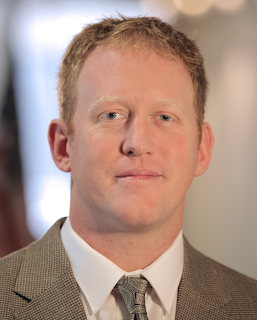 
Undicisettembre: How was this mission different from the others you were involved in?

Robert O’Neill: Just because we were going into Pakistan and we didn’t clear with Pakistan, a sovereign nation, even though we told the Pakistani government “If we find him, we are going to go get him”, it was very unique because if they saw us coming they could have defended themselves by trying to shoot down our helicopter. So it was very, very different.

Other that that it was pretty routine, we knew what we were going to do and we just did our jobs.


Undicisettembre: What can you tell us about the aerodynamic problems faced by the helicopter that crashed on the ground while you guys were approaching the compound?

Robert O’Neill: I’m not sure what it was because I’m not a pilot but what the pilot did tell me was that the weather was a few degrees Celsius warmer than we thought and because the wall was made of stone and mud there was some reaction with the updraft and he knew he needed to land it or it would have crashed.

It did crash, but it was a controlled crash.


Undicisettembre: What are your thoughts about the decision not to show pictures of Osama bin Laden dead?

Robert O’Neill: I think it was a good decision, because they are very graphic. They just wanted to tell people “take the word for it”. I do think they eventually will release them and it will probably be for political reasons; I mean, the pictures exist and they are somewhere in Washington D.C.


Undicisettembre: I get your point, but this is raising a lot of controversy because some people say that he was not killed there because they are not showing the pictures.

Robert O’Neill: Well, it is one of those things where I have a difficult time trying to defend it, because I can understand why they say that, but I saw that happen. So when I hear people trying to tell me it’s not real I don’t think they are very serious because everybody there risked their lives, everybody there said “goodbye” to their children, everyone there pretty much knew we were going to die.

We all did it, we all went, we did it right, we brought him back, so when someone behind a keyboard decides they know more that we do I don’t take it very seriously.


Undicisettembre: Even if you already answered part of my next question, I’m going to ask it anyway. What do you think about the decision to bury him at sea within a few hours?

Robert O’Neill: It’s a great decision because whether they like it or not it stands with Muslim beliefs that you must bury him within the next 24 hours. We knew if we killed him that was going to happen anyway.

It’s a great decision. I didn’t personally bury him at sea, we handed him off to another unit who took him out to that ship. It was a good idea. 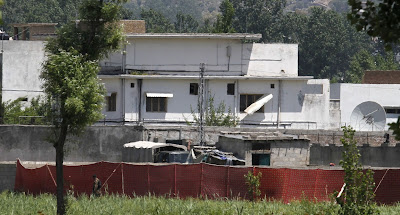 Undicisettembre: Has this mission given you a new insight into being a Navy SEAL?

Robert O’Neill: Well, everybody there had many, many years of experience and it wasn’t even the hardest mission we’ve ever done. We learned from everything we did in Somalia, or Iraq, or Pakistan, or Afghanistan, so it was a pretty standard thing and it didn’t teach us anything new.


Undicisettembre: What can you tell us about the wife bin Laden used to cover himself with? It’s crazy to me that he was covering himself with a little girl.

Robert O’Neill: I’ve seen that before with a lot of high value al Qaeda. They say you should be a martyr but when it comes down to it they turn into cowards. Her name is Amal. There are parts in The Operator where we quote some of the stuff that she said when she was interviewed by the Pakistanis, and her account is the same as my account.


Undicisettembre: I have a question about your book also. It’s very strange that the number of the SEAL Team you were in is redacted. I mean, it very well known it was Team 6. It has been known for six years and now they are redacting it, to me it doesn’t add up. What are your thoughts about it?

Robert O’Neill: The Pentagon was very good to me. They took the book, there wasn’t anything classified in it and they were very generous, I think they felt the need to redact something. So they took that number out, playing along I don’t say the name of it anymore but we all can figure out when I say “SEAL Team 2, SEAL Team 4, SEAL Team ‘blank’.”

It’s fine, they redacted it, I respect what they did. It is what it is.


Undicisettembre: What do you think of the probable Saudi responsibilities in 9/11? Do you have an opinion on this?

Robert O’Neill: Well, 15 of the 19 hijackers were from Saudi Arabia. And the core beliefs of al Qaeda, Isis, al Shabbab and other groups are based on radical theories on Wahabi, Salafi version of Sunni Islam that has come out of Mecca. So I wouldn’t say so much that the Saudi Royal family is involved, but I know there are oil rich Saudis who fund it. We have to admit the truth that the problem comes from places like Saudi Arabia and Qatar. It is from there, that’s who they are. 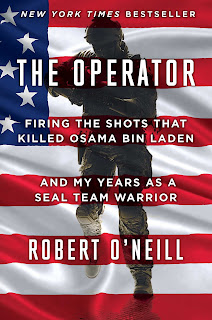 Undicisettembre: You said and wrote that at the very beginning of the planning of the Abbottabad mission there were three options: involving the Pakistanis, bombing the compound and a mission by special forces. What do you think of the decision of going with a special force? I’m asking this because now Russia is saying they killed al Baghdadi but we are not sure because they bombed him.

Robert O’Neill: Yes, Russia said they killed al Baghdadi by them, but actually who knows? I think when president Obama told us about bin Laden after we were finished he said “I was not 100% sure bin Laden was there but I was 100% sure your team could go in.”


Undicisettembre: How does the Abbottabad mission affect your everyday life?

Robert O’Neill: Well, a lot of the reason why I came out with the story is to help families of 9/11 victims that tell me every single day it helps them to sleep better at night; so it’s worth just to help them in the healing process.

It definitely changed my life, but that’s that.