Today Undicisettembre offers its readers the account of US Marshal William Sorukas, who was near the Pentagon on 9/11 and worked at Ground Zero from the following day. His words provide another important insight into the events and offer an unusual view on the consequences of the 9/11 attacks.

We wish to thank William Sorukas for his kindness and for his time.


Undicisettembre: On 9/11 you were in Virginia; what happened to you on that day and what do you recall?

William Sorukas: I was assigned to the U. S. Marshals Service Technical Operations Group, which is located outside of Washington D.C., at an off-site location. At the time when the planes hit the World Trade Center, I was in Alexandria, Virginia, installing an intercept for an ongoing fugitive investigation. As part of this process, a telephone call was necessary to initialize the device and the setup. During this call, it was difficult to hear due to an aircraft overhead, which I later learned was the plane that hit the Pentagon. After completing the intercept installation, I received a call to return to the office, at which time I saw what was happening in New York and at the Pentagon. Early that afternoon, I responded to Marshals Service Headquarters, which was in very close proximity to Washington Reagan National Airport and the Pentagon. Not having a full understanding of the breadth of the attacks or additional targets, security was established at USMS HQ. At one point while on the roof of USMS HQ, I observed Air Force One returning to the Washington D.C. area and landing at Andrews Air Force Base. 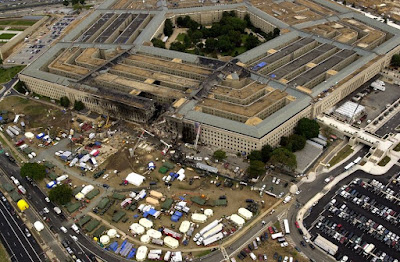 Undicisettembre: From the 12th of September you were at Ground Zero. What did you guys do in those days?

William Sorukas: I responded with a team to Ground Zero in New York City on the evening of September 12, at the request of the New York Police Department and their Technical Assistance Response Unit. Our initial response was to work with the other first responders as part of the effort to locate and rescue individuals. As time passed, our responsibility changed to locating and recovering the remains of individuals.


Undicisettembre: What was the situation at Ground Zero after 9/11?

William Sorukas: When our team first arrived, it was dark with the exception of the fires that were continuing to burn. There was a large cloud of dust that surrounded the area and the debris field seemed to never end as we walked through the area. In retrospect, it is what a person would expect from two buildings, of more than a hundred floors, that had collapsed.


Undicisettembre: Did anything in particular strike you during the period you spent there?

William Sorukas: There was a tremendous effort by the rescue workers, which included firefighters, police officers, emergency medical professionals, construction workers, and during the first two or three days, regular people that merely wanted to help.

Within the debris field, I don’t recall seeing large objects that you would expect from a large office building, such as desks, chairs, file cabinets, tables. At one point our team found a large pane of glass (probably a window), which was fully intact.

The aroma that I still recall was similar to that of wet cement. For the first two or three days, our team was not utilizing any type of breathing equipment, so we all ingested whatever was in the air. For 7 or 8 years, I had a chronic cough that continuously reminded me of the wet cement aroma that we had experienced. 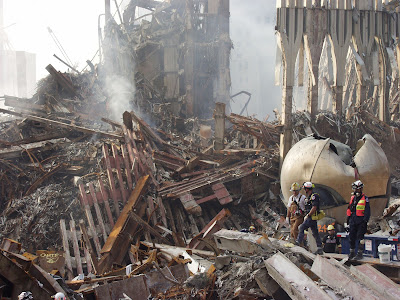 Undicisettembre: How long were you there?

William Sorukas: Our team was there for 9 or 10 days.


Undicisettembre: What do you think of conspiracy theories that claim 9/11 was an inside job?

William Sorukas: If by an “inside job”, you are referring to complicity on the part of the United States Government, I totally disagree.


Undicisettembre: How did 9/11 affect the daily work of US Marshals?

William Sorukas: It had both a direct and indirect effect on the responsibilities of the Marshals Service. For example, this was viewed as an attack against the United States, the Government of the United States and the People of the United States. Federal Judges represent the United States Government, so their protection became a priority for the U.S. Marshals Service, since this was the foundation of the agency since its creation in 1789. Indirectly, the responsibility for fugitive investigations became more prominent. This was because other agencies such as the Federal Bureau of Investigation, which was also involved in apprehending fugitives, moved many of their personnel resources to combating terrorism.

William Sorukas: Personally, it made me understand our vulnerabilities and what was experienced by the United States in December of 1941.