Fifteen years have now passed since September 11, 2001 and Undicisettembre continues its effort to preserve the memories of that fateful day.

On this anniversary we submit to our readers the account of survivor Krista Salvatore, who was in the South Tower during the attacks and experienced personally the dramatic events of 9/11 in New York.

We wish to thank Krista Salvatore for her kindness and willingness to share her experience.


Undicisettembre: Can you give us a full account of what you saw and experienced on 9/11? 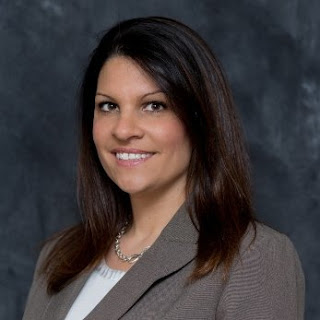 Krista Salvatore: On 9/11 I was working in New York, I had just graduated from college, I was working for Morgan Stanley, it was my second day in New York. I was living in Florida but they sent me there for a three week training program; my office was on the 61st floor of World Trade Center 2. I went to work on my second day just as any regular day. During my training there was a very loud crash or boom and all the windows of my training room all exploded; we didn't know what was happening but they told us our building was secure and that a small plane, like a Cessna, hit Tower 1 and that we should have stayed in our offices because Tower 2 was secure. It kept coming on the intercom speaker telling anyone in my building “Tower 2 is secure” but my instinct and everyone else I was with told me to get out. We knew something wasn't right and we headed for the exit.

The smell of jet fuel was really strong and when we looked outside the windows there was paper everywhere. It looked like someone had taken a trash out from the rooftop and threw paper everywhere, a lot of paper was on fire which was a really strange thing to see. So we started going down the stairs and when I was on the 41st floor my building was hit and from that point on the building never really stopped moving. Up to that point it wasn't chaotic, people were not panicking; but when the airplane hit my building it went really serious: at that moment we knew it wasn't a small plane and we knew it wasn't an accident. We had gotten bits and pieces of information along the way. It got really scary and people hurried as fast as possible, but it was totally organized, there was no chaos, but I literally didn't even have time to kick off my high heel shoes.

When we got to the bottom since there was so much debris on the ground they had us actually go through the World Trade Center underground mall till we got to the actual exit. At the exit there were Port Authority people directing us to go uptown and they were sending us that way. It was really sad and scary because we looked up and we could see people jumping, there were sirens everywhere, emergency people everywhere, we saw firefighter walking up the steps while we were going down.

I had been out for about ten minutes when my tower, Tower 2, collapsed. I was trying to call my parents all the way down, I kept redialing the number but there was no cellphone signal. I finally was able to talk to my parents at about noon that day. After my building collapsed they had come to the realization that I didn't make it and it had been very hard not being able to contact them, not being able to let them know that I was okay and they feared for the worst.

I was staying in a hotel in midtown so it was pretty far away but when I got out of the World Trade Center I continued running with the group of people I was with. We got far away enough so that we were not in the cloud of smoke and debris when Tower 2 collapsed. So I got back to my hotel before I completely knew what had happened. People were stopping on the street and telling us what was going on. There were emergency vehicles and fighter jets flying above.

I don't even know how to describe it, it was pretty surreal to see fighter jets flying around Manhattan, it was like a war zone. I remember the scariest thing was that you didn't know what was going to happen next, I never truly felt safe until I got out of New York. The next day I packed all my stuff and went to the hotel lobby and asked them to call me a cab because I wanted to go to the airport. They told me “The airport is closed. You are not going to get out for a little while” I said “No, I'll wait there.” and they convinced me I wasn't going to be able to take a flight. So my dad drove from Saint Louis where he lived to New York to come and get me because I had no way to get home, I couldn't get a rental car, the subway had stopped, there was no way out of the island. So my dad was able to come and get me and bring me home.


Undicisettembre: So you did not see Tower 1 collapse?

Krista Salvatore: No, I didn't see it collapse because I was far enough away that I could not actually see it but we heard it and everyone understood what was happening. 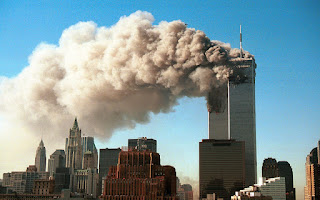 Undicisettembre: How long did it take you to get back to normalcy after 9/11?

Krista Salvatore: A really long time, it was tough. I lived in Florida at the time and I wasn't with a group of people where I could have a support system or other people who had gone through the same thing. When I got back to Florida everyone was treating we differently like I was the girl from the World Trade Center, everyone looked at me and they kind of tiptoed around me and I felt like the treated me differently. And I had a lot of guilt, that was the hardest part for me. I had a lot of guilt. I was 22, single, I had no family, I didn't have people who relied on me; it was hard for me that so many people who didn't make it out of there alive had kids and family members that they supported. It was hard for me to hear people say everything happened for a reason there were many people in the upper floors who didn't make and it made no sense to me.


Undicisettembre: What are your thought about the firefighters who went into the Towers risking their own lives to save others?

Krista Salvatore: They are absolute heroes! There are no other ways to describe them, they knew while going in that they were not going to make it out. When my building was hit there were so many firefighters going up, they were doing all that they could to save lives and they were giving their own for that.

Krista Salvatore: I did. I went to see a counselor for a little while, I was depressed which was hard because people expected me to be grateful that I was okay but I was depressed because I had a lot of guilt. 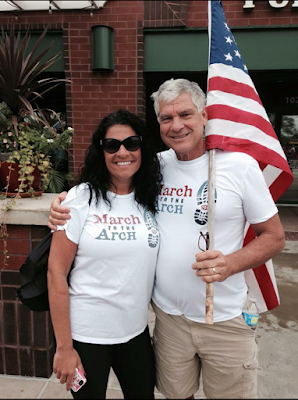 Krista Salvatore: I really try to be grateful for little things and not to stress over little things and realize there are people out there fighting to make sure this doesn't happen to us again, that there's never an attack on the US soil again. There are soldiers that are deployed and they are fighting terrorism and I try to be appreciative of that.

Every 9/11 I do a walk with a group of people here in Saint Louis, we walk 21 miles to the Arch [picture on the right shows Salvatore at the 2015 march with her father], which is a monument we have here in Saint Louis, and we all carry flags. We are from 600 to a thousand people and we remember people who died on that day and people who are fighting for us. There are a lot of firefighters and military members who do the walk with us.


Undicisettembre: Have you been to Ground Zero after 9/11?

Krista Salvatore: I went one time in 2003. It was really, really hard. It was very sad.

I really want to go again. When I went it was a construction zone, so it was sad.


Undicisettembre: What do you think about conspiracy theories that claim that 9/11 is an inside job?

Krista Salvatore: I think it's completely bogus. There's no fact to support that.


Undicisettembre: Do you think the nation is still living in fear or has it regained its standing in the World?

Krista Salvatore: I don't think we live in fear, but to be honest it scares me a little bit because I fear we are getting a little complacent. After 9/11 we were on very high alert and we did live in fear for a little while, everyone was supersensitive that anything can potentially be a threat and now we became complacent and it makes me a little bit scared that something like that can happen again.