Conspiracy theorists often claim that the 9/11 hijackers were not skilled enough to fly airliners towards their intended targets. We have already shown that the vast majority of airline pilots have a completely opposite opinion. To delve further into this matter, we have asked professional pilot Patrick Smith for his point of view.

Patrick Smith is an airline pilot with more than twenty years of experience. He currently flies Boeing 757s and 767s. He is the host of the well-known Ask The Pilot website and author of the book Cockpit Confidential: Questions, Answers, and Reflections.

As you will read below, Smith shatters this conspiracy myth and shows once again that conspiracism is based on false information spread by incompetent people.

We thank Patrick Smith for his kindness and willingness to share his thoughts.


Undicisettembre: In your opinion, were the hijackers skilled enough to do what they did? 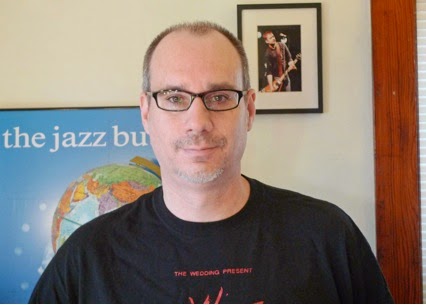 Patrick Smith: I think they were skilled enough to do what they needed to do. Their intentions obviously were very specific and relatively simple, from a flying perspective, and only a certain amount of skill was necessary.

They received primary training on small, light airplanes. Later, at least a few of the hijackers rented time on larger aircraft simulators – a Boeing 727 I believe it was – to get the gist of how a jetliner might handle. Additionally they obtained manuals and instructional videos for the 757 and 767, available from aviation supply shops. But they weren't performing complex maneuvers; they were going to steer an already airborne jetliner, in perfect weather, into the side of a skyscraper. That doesn't take a huge amount of skill and preparation.

Having said that, they certainly needed a bit of luck – with respect to the weather, for instance – and they got it.


Undicisettembre: The most mysterious of the hijackers is Hani Hanjour. Most conspiracy theorists think that the maneuver he did is physically impossible. What are your opinions about this?

Patrick Smith: If you look at the radar tracks, there’s nothing impossible about Hanjour’s maneuvering. Neither was there anything graceful, precise, or impressive about it. Basically he was flailing around at dangerously high speeds, in borderline control of the aircraft, demonstrating himself to be the shitty pilot that by all accounts he was.


Undicisettembre: Many conspiracy theorists also believe that it's impossible to fly such a big airliner 20 feet from the ground as Hani Hanjour did. What are your opinions about this? 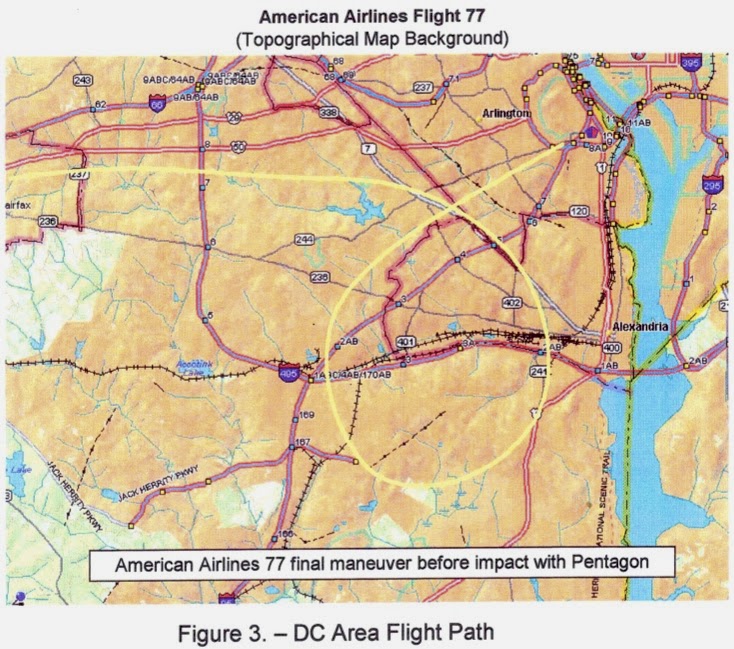 Patrick Smith: I don’t understand why it should be impossible. It's perfectly possible to fly at a very high speed close to the ground for at least some amount of time.

There are certain aerodynamic phenomena that would make it difficult to continue along very close to the ground at very high speeds, but for a brief amount of time such flying is easily possible.


Undicisettembre: In your opinion why did Hani Hanjour choose to hit the side of the Pentagon instead of hitting the center of the building from above? This second option looks easier at first sight.

Patrick Smith: Hitting a fixed spot from above is very difficult. We really don’t know if Hanjour intended to hit the side of the building, or if he simply missed his target, but in fact he made it easier by coming in obliquely at a very shallow angle. Had he aimed for the middle, there’s a chance he would have overshot and missed building entirely.


Undicisettembre: What do you think about the wreckage of the airplane found at the Pentagon? Is it too small in your opinion? 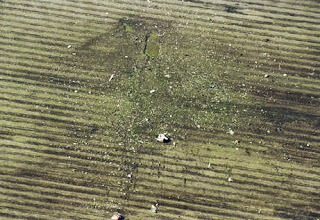 Patrick Smith: Conspiracy theorists will argue that airplane crashes leave pieces of recognizable wreckage, such as tails, wings, engines, etc – none of which were found in the damage at the Pentagon. But crash dynamics can vary quite a bit, and high energy impacts often result in total devastation, leaving no large or easily identifiable pieces.

Look at photos of the wreckage of the crash in 1994 of American Eagle flight 4184. This was a turboprop that stalled at high altitude and came down nearly vertically into a field of soft earth. The only recognizable piece was a bit of the tail. American 77 was a Boeing 757 traveling at a much higher speed, and it didn't crash into a field but into façade of masonry and steel. The impact was disintegrative: exactly what you'd expect.

Even still, there were some small, twisted pieces of metal where you could see bits of the American Airlines livery.


Undicisettembre: Can you confirm once and for all that it doesn't take any particular skill to turn off the transponder as the hijackers did? Conspiracy theorists used to say that this required lots of knowledge and training, is it true?


Undicisettembre: And is this something the pilot can do by himself or does he need support from air traffic controllers?

Patrick Smith: The pilot can easily do it himself. I've been asked many times, “Why can you turn off the transponder?” There are a number of reasons. In normal operations, you turn the transponder “on” before you begin to taxi and you turn it “off” when you arrive at your destination; the reason it's not left on is that it would cause a clutter of signals at the airport. Also there's a chance that the device can malfunction or send a faulty signal to air traffic control, in which case we are asked to “cycle” the transponder, turning it off and than on again; this happens very frequently. Third, it's important to be able to turn off any piece of the cockpit equipment “off” should it catch fire or be emitting smoke or suffer another kind of potentially unsafe failure.

The hijackers turned off the transponder because they did not want the air traffic control tracking their location, altitude and speed; the air traffic controllers were still able to identify the plane by what we call the “primary target” – the raw return of the radar hitting the side of the airplane – but it's not giving you the details the transponder can give you.


Undicisettembre: Many conspiracy theorists say that it's impossible to nose dive an airplane into the ground as Ziad Jarrah did with Flight 93. What do you think about it? 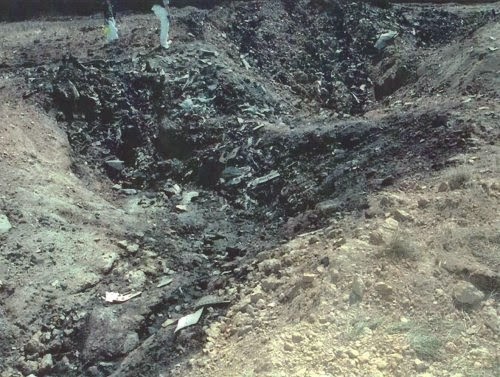 Patrick Smith: Why not? Of course you can nose dive an airplane. The plane is liable to break apart before actually reaching the ground, as apparently happened to flight 93, but there’s no reason you can’t push the jet into a near-vertical dive first.


Undicisettembre: Those pilots were trained on flight simulators, can you explain us what they are? Some conspiracy theorists seem to believe that they are just software you use on your PC.

Patrick Smith: There are different kinds of flight simulators, but the kinds used for airline training are large, full-motion machines that cost many millions of dollars each.

Some of the hijacker pilots rented time in a Boeing 727 simulator. Their training was very cursory, but for what they intended it didn’t need to be anything in-depth. It gave them a basic sense of how a jetliner would feel at the controls. That’s really all they needed.

People might wonder “How did they get access to these simulators?” Airlines have their own in-house training facilities, with their own simulators, but there are many third-party companies out there that rent simulator time to whomever might need it and can afford to pay. The rules and screening protocols may have tightened up since then, but at the time it was easy for someone to rent an hour or two in a full-motion simulator.


Undicisettembre: Is there anything in general that makes you think that the official version of 9/11 is a hoax and that it was an inside job instead?

Patrick Smith: No. From an airline pilot’s point of view, I don't see anything that makes me doubt the official record of what happened on 9/11. There are certain unanswered questions about the events of that day, but I am satisfied so far as the airplane-related “controversies” go.