Undicisettembre is offering today to its readers the personal account of first responder Paul Seldes, who worked at Ground Zero for nine months after the attacks.

We would like to thank Paul Seldes for his kindness and availability.


Undicisettembre: Can you give us a general account of what you saw and experienced on 9/11? 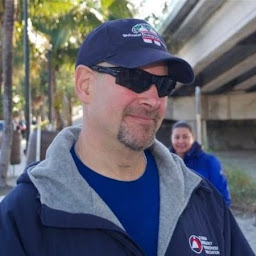 Paul Seldes: At the time I was working for a consulting company, we worked on military and law enforcement training and contracts. My team and I were on our way to One Police Plaza, where NYPD is, to start a counter terrorism training program for NYPD. Before going there we had to go to the World Trade Center because we were picking up one of my team members there. We were in front of the World Trade Center and we literally saw the first plane veer off and hit. I was driving my car around there and the guy sitting in the rear seat said “What the fuck is that?”, we looked up and we saw the plane level off and plow into the building. Immediately there was debris coming down.

All of us had military or intelligence community experience and we knew right away there was something really bad happening; the fellow sitting next to me was a decorated military veteran for the US Army and he immediately said “We are at war”. I was trying to keep my car going around the flaming debris that was falling down around us. As we swerved around driving over the sidewalk, there was a woman who had been hit by something, she was bleeding heavily and one of the guys threw her into the car. We drove around lower Manhattan and we passed her off to an EMS crew that was down there.

While all this happened, my wife was home in our Manhattan apartment and she called me on my cellphone and said “I’ve just heard on the news a small plane hit the World Trade Center.” I answered her calmly “Yes, I know. I’m a little busy right now. I’ll call you back later” and I hung up. Her first reaction was “My idiot husband is right in the middle of it!” She did not hear from me for the next twelve hours and in the meantime all my family called her asking her how I was and where I was and she lied to them saying “He’s fine.”

My first goal was to get my team and I to safety, so we started out of Manhattan into Brooklyn and at that point we saw the second plane hit the second tower. Neither of the two members of my team were from New York; I was living in New York at the time but they weren’t: one guy was from New Jersey and the other was from Virginia and he had come in for this meeting. So, I wanted to get these guys back to their homes because we knew this was bad. I got to a car rental location and by early afternoon they were heading back to Virginia and New Jersey; I made my way back to Manhattan.

We heard the reports that the towers had collapsed over the radio once in Brooklyn and we could see the dust plume rise up.

I finally got back home twelve hours later, grabbed my gear and went down to Ground Zero, so in the wee hours of September 12th I was in downtown Manhattan with my equipment ready, pitching in and assisting in various ways. I spent nine months working there. 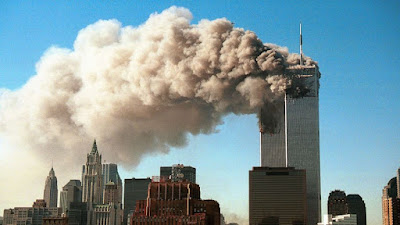 Undicisettembre: What did you do during those nine months?

Paul Seldes: A variety of roles. The company I worked for had a number of government contracts. During the first few weeks I was just helping coordinate search and rescue operations. After the first couple of months I moved into a logistics coordination role: coordinating between different agencies that were there working, coordinating the flow of stuff into the workers at Ground Zero and handling logistical needs like that.


Undicisettembre: How long did it take you to get your life back to normalcy?

Paul Seldes: In some ways it never did. In November 2001 the company I worked for shut down our New York and New Jersey office and laid off all the personnel, myself included. I started working under contract for the US Government to continue my work at Ground Zero and continued there until June 2002.
My parents had been living in Florida for a number of years and sometime as we were winding things down in 2002 my wife said “We are leaving New York and we are going to Florida” and we moved to Vero Beach, Florida, which is really nowhere, there’s nothing here, but that’s where my parents were and we ended up here. My intent was to get away from the world of public safety and bad things happening, but I got sucked back into it.. In the fall of 2002, I started having significant respiratory and lung issues and it took a lot of doctoring here, steroids and exercise. Fortunately, I seem to have cleared those problems behind me. I’m healthy and I hope I’ll remain so.

I still have PTSD, I have a sleep disorder which hasn’t gone away, I’m on medication for sleep. So definitely there are some long-term issues that are still with me but otherwise I’m back to normal.

Paul Seldes: Well, the PTSD kicked in, I couldn’t sleep more than two hours and then I was wide awake for some years after 9/11. It took a while and several different doctors before we hit on something that actually works. There’s a prescription sleep aid called Ambien which is great for once in a while but terrible for long term use so that was not an option for very long. It took some time to find a low dose anti depression pill which works fine for me. That’s something I’ll be living with for a long time.

My pulmonologist for the respiratory issues has me on a steady long-term doses of respiratory medications just to make sure everything stays normal in the way it’s supposed to be, even if there’s no sign of anything these days. So, these are the long term issues and life adjustments to be made. 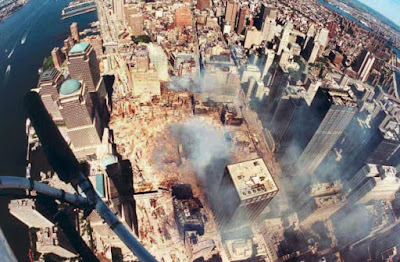 Undicisettembre: What do you think of conspiracy theories according to which 9/11 was an inside job?

Paul Seldes: This is one of the most insane things I hear. It’s clear to anyone who has been in there and anyone who’s been involved in the recovery operation what happened and how it happened. There’s absolutely no question.

Anyone who’s touting these conspiracy theories are doing a disservice and disparaging the memories of all those who lost their lives on that day.


Undicisettembre: What’s your role now in the COVID-19 crisis?

Paul Seldes: I am an emergency manager here in Florida, I work for one of the larger counties and also support state wide operations. I’m a planner, I am the guy who puts together planning, data and analysis to help workout what we are doing.


Undicisettembre: How would you compare the crisis after 9/11 with the COVID-19 crisis?

Paul Seldes: It’s very different, COVID is a natural occurring thing while 9/11 was pure evil. So there’s a difference in that sense. And there’s a cultural difference here in the United States: after 9/11 everyone was together, people were cheering the responders and honoring them all over the country; now with COVID there seems to be a lot of arguing about what our government response agencies are saying, people are denying that this exists, are denying that masks work, denying everything we know being scientifically and medically accurate. There are more conspiracy theories now than after 9/11.