Today we offer our readers the personal account of former Arlington police officer Isaac Betancourt who was deployed to the scene at the Pentagon after the crash of the plane.

We would like to thank Isaac Betancourt for his kindness and willingness to help.


Undicisettembre: First of all, what was your job in 2001? 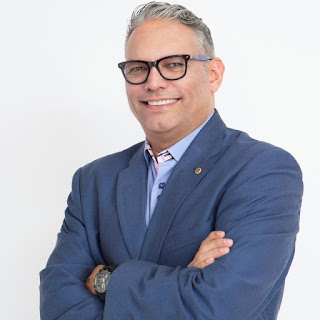 Isaac Betancourt: I was working patrol at the time for the Arlington County Police Department, I was a regular police officer in a police car responding to calls and so forth. Hostage negotiation was my specialty; in every Police Department in the United States it is an extra job, like a part time job.


Undicisettembre: Can you give us a general account of what you saw and experienced on 9/11?

Isaac Betancourt: That day, before the plane crashed into the Pentagon, I had been working nights. I lived in an area called Crystal City, in Arlington and right next to the Pentagon. I was already home and when the plane hit the Pentagon I was almost ready to go to bed; my sister called me and said “A plane just hit the Pentagon!” I looked outside the window and saw the smoke. I immediately got in my police car and I went to the scene.

There was chaos everywhere, there were cars, traffic jams, people panicking. For a few minutes I saw a congestion in one of the intersections and an ambulance was coming, so I stopped to allow the ambulance to pass by and then I proceeded to the Pentagon, and once I got there I remember there were parts of the plane everywhere. A big wheel had hit a construction trailer that was there and made a hole in it.

Firemen were trying to put the fire out and all of a sudden one of the FBI agents told us to run away because they thought another plane was coming. We started running away and he waved his hands to stop us and he said “No, it just crashed in Pennsylvania.”

All my colleagues of Arlington County Police started showing up. I was at the security post making sure that nobody unannounced would come in.

Later on they moved me outside of the post to “395”, the highway that overlooks the Pentagon, to move the people away from there, because at the time we didn’t know what was going on. We feared a sniper might be looking over so people there might have been unsafe. I stayed there till the next morning.

The next morning I needed to use the restroom and I said on the radio: “Hey guys, I’m over here at this post, can anyone come over so that I can use the restroom?” And they said “Where are you?” I said “Where you sent me yesterday, at the 395 post.” They said “We don’t have you on the list, we forgot that you were there.” So they forgot about me and they found out after twentyfour hours, only because I waited before asking to go to the restroom, because it seemed like a minor thing compared to all that was going on. So on the debriefing they reported that one of the things they had to be conscious of is where you send your people.


Undicisettembre: What happened to you on the next days?

Isaac Betancourt: I was assigned there everyday. They divided us into two teams: one team was recovery and the second team was security. I was in the security part, so I was not exposed as much as the recovery team which was in the midst of it. They were looking for belongings of people on the plane and I was hearing stories of what they found. During this period many people from the United States came to help, even people who were not authorized to come and I was the one who had to turn them away because if you were not authorized to be there, you could not go into the scene. But a lot of people came trying to help. 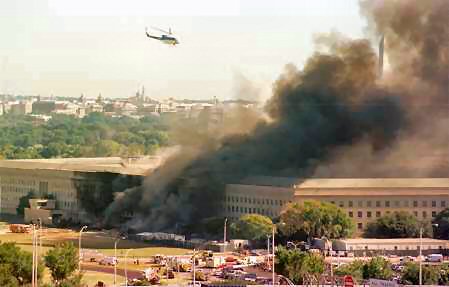 Undicisettembre: While you were there was anyone having doubts that a plane had hit the Pentagon?

Isaac Betancourt: No. Because everybody had seen what had happened. I heard it years later, but not in those days.


Undicisettembre: In your opinion how does 9/11 affect the everyday work of law enforcement agencies even today?

Isaac Bentancourt: Everything changed. Before 9/11 life was more relaxed, after 9/11 every day there was a threat call and you don’t even hear them anymore. As time goes by we are relaxing, and it’s natural for a society to do that. But even when I go to the airport things changed a lot since 2001.

Isaac Betancourt: At the beginning anytime I heard a plane sound, and my area of patrol was around the Pentagon, it made me think maybe it was going to strike the Pentagon. Then it got better and now only when I really think about it, like on the anniversary, I feel sad. And let me tell you why I feel sad: it’s because when I got there I felt there was nothing I could do for them. I was powerless. My job was to protect people, but there was nothing I could do for them because it was too late.


Undicisettembre: What do you think of conspiracy theories according to which 9/11 was an inside job?

Isaac Betancourt: I think it’s easy for somebody who wasn’t there to come up with these theories, which are only based on skepticism towards the system who should create this huge machine. About 9/11 I know what I saw and there’s no way it was made up. Conspiracy theories are spreading lies, the government did not make it happen.


Undicisettembre: What’s your reaction when you hear them?

Isaac Betancourt: I turn it into a teaching moment, because I’m lucky that I’m able to tell them what happened, because I was there. I don’t expect that their minds to change, but I think I give them a truthful thought to think about.


Undicisettembre: What do you think of security today? Is the nation safer than in 2001?

Isaac Betancourt: Yes. A lot of things changed regarding not only what we see. I was in the military also and I went to war and I see how the military operates. I don’t think the US is only protecting in the public eye but also in the private, there’s a lot of things going on people don’t hear about to prevent that from happening again.

If you look at the American history and you think of Pearl Harbor, the US did a great job to make Pearl Harbor not repeat itself, and with 9/11 they did the same.