For the nineteenth anniversary of the attacks of September 11th 2001, Undicisettembre offers today to its readers the personal account of former NYPD sergeant Darrin Porcher, who responded to the scene after the crash of the second plane.

We would like to thank Darrin Porcher for his kindness and availability.

Undicisettembre: Can you give us a general account of what you saw and experienced on 9/11? 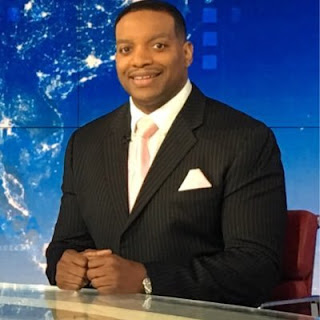 Darrin Porcher: On 9/11 I was a sergeant with the NYPD and I was assigned to the Police Academy, which is relatively close to the World Trade Center. I was working at a day tour which started at 7:07 AM so I was probably there at 6:30 to get dressed, because it was a uniformed assignment. I conducted a series of inspections on the recruits that were under my control that day, after the inspection was done the recruits went into the classroom. It was 7:40 and I went through a block on instructions, at the end of the instructions I went into my office and one of the counterparts mentioned me that a plane struck the World Trade Center. I clearly saw this as an accident and didn’t think of it much further, I saw the damage from the first plane and thought “Wow, this is pretty big.” But I thought this was outside my span of control, I didn’t foresee the need to respond because we had patrol units and fire department who I thought had already been detached to the location.

Shortly after the second plane struck the second tower, I was right outside of my office and another one of my counterparts told me that a second plane struck the World Trade Center. At the point in time it was clear it was a terrorist attack. I went back to my locker and although I was wearing a uniform I put on my bulletproof vest and an attire that was suited for me to go into the streets because I clearly knew I was going to be rotating in the direction of the disturbance and sure enough there would have been a mobilization among the recruits.

I was sent outside and I was tasked to stop every city bus that was coming in the area and have all the passengers in those buses exit; those buses were commandeered for the use of the police department and we used them to transport the officers to the World Trade Center site which was maybe half a mile away. When we got there, it was primarily crowd control and setting up a traffic perimeter. While I was there the towers fell. I saw a lot of pictures and videos of the collapses, but they all pale in comparison to the on-site visual; the destruction was massive and it’s very difficult for me to explain the magnitude.

After the towers fell mass pandemonium started, there was no contingency plan that was effectively suited for a mass casualty event of that magnitude. We were waiting for directions. One of the guys who worked for me had gone into the towers and unfortunately lost his life, and another female officer who worked in the same building as me succumbed in the same horrific experience. You had a multitude of officers in the NYPD and some 300 firemen who went in and lost their lives. It was a horrid day for us, not just New Yorkers, not just NYPD, but as a nation. There was a lot of confusion, no one understood how to manage a destruction of that magnitude, we had never experienced something that was that great in stature. 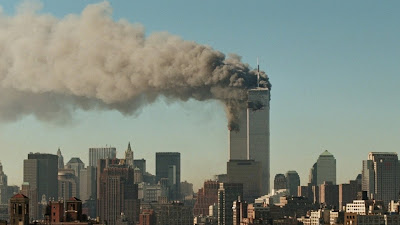 Undicisettembre: How long did you stay at Ground Zero after 9/11?

Darrin Porcher: I can’t really tell you, it was an extended period of time. The mission changed, firstly it was search and rescue and then it changed into making sure the supply chain was adequate to get the materials and the resources to the location, such as construction vehicles that could remove the debris or things of that effect, getting in the proper medical personnel and the family members of the deceased.


Undicisettembre: How long did it take before the situation got back to normalcy?

Darrin Porcher: Well, the term normal is very difficult to assess. What we perceived as normal back then changed drastically. One of the first things was counter-terrorism, two months after 9/11 President George Bush implemented a series of changes and the Patriot Act and that revolutionized policing and how we dealt with things, it bestowed a series of powers and authorities upon the Attorney General. And we created the Department of Homeland Security, so we since had a Secretary of Homeland Security who had a multitude of different resources to protect us as a society. Also countries all over the world begun to ramp up their fortifications in terms of anti-terrorism measures.

As far as how things changed here in New York, it’s still revolutionizing as we speak. We became more vigilant, one of the statements that came about from that was “If you see something, say something”; the paying attention to things totally changed in comparison to what we were in the past.


Undicisettembre: How does 9/11 affect the everyday work of NYPD even today?

Darrin Porcher: There were two bureaus that were created as a result of 9/11: the Counterterrorism Bureau and the Intelligence Bureau. The Intelligence Bureau was always there but its mission was diametrically different, now they look into terrorism related activities coupled with the day-to-day instances they focused on here in the US. After 9/11 they also send officers all over the world where terrorist attacks have occurred where they can capture information and send that information back to NYPD to assess and keep eight and a half million residents of New York City safe.

The Counterterrorism Bureau is something that was erected and it was a collaborative unit that teamed up members of the NYPD and the FBI with the concern of eradicating terrorist acts or fortifying us against them.

And there are so many other things that trickled down to the granular level, meaning ground level, to the officers that are on the beat walking around and gave them certain indicators to look for to prevent terror activities. We focused more on preventing terror activities than to reacting to terrorist activities.

Darrin Porcher: We don’t take things for granted anymore here in New York, I’ll give you an example: in the past when someone left unattended bags in the street or in a subway platform, people would just walk by those things and paid no attention. But now when people see an unattended bag they call 911 and have the police respond to ensure this is not a bomb. We became more of a cohesive unit, law enforcement partnering with the public to introduce the information to the appropriate avenue to ensure that these things don’t happen. 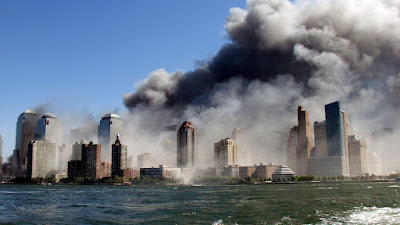 Undicisettembre: What do you think of conspiracy theories according to which 9/11 is an inside-job?

Darrin Porcher: There’s no empirical evidence to support that. Khalid Sheikh Mohammed, who was the architect of 9/11, introduced information when he was captured in Pakistan that he did orchestrate this attack deeming the United States as the evil state and the enemy of Islam. Other members of al-Qaeda have since given testimony that depicted that this was not an inside job. We have hundreds of detainees at Guantanamo which were arrested because they were part of that plot in terms of the 9/11 attack.


Undicisettembre: How would you compare the crisis after 9/11 with the COVID-19 crisis in New York?

Darrin Porcher: They are two diametrically different instances. 9/11 had an immediate attack on a day incident: planes crashed into buildings, almost three thousand victims and many injuries. COVID-19 pandemic is a progressive state of emergency. This was not a calculated attack on society but a medical issue that started in Wuhan, China, and migrated throughout the world, New York City has been the epicenter of the COVID-19 pandemic in the world, not just the United States but the world: the number of deaths for the pandemic far exceeds the number of deaths caused by the 9/11 attacks.