by Leonardo Salvaggio (Hammer). An Italian translation is available here.

Military data mining project Able Danger is one of the grey areas surrounding the 9/11 attacks. To help shed some light on it, former EU army mayor Erik Kleinsmith, who was one of the members of the Able Danger team, accepted our proposal for an interview, which we are today offering our readers.

We would like to thank Erik Kleinsmith for his kindness and willingness to help.


Undicisettembre: Can you confirm you still maintain Able Danger identified Atta and three other hijackers when they were already in the USA? 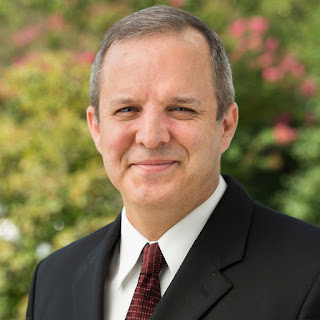 Erik Kleinsmith: Yes, even if it’s been twenty years since we did the analysis. Our mission was to map al-Qaeda worldwide for the US Special Operations Command, because they wanted to take actions to prevent future attacks. Our group at the Land Information Warfare Activity (LIWA) was requested by SOCOM to use our data mining tools to identify and track al-Qaeda members and it was a shock to us when we found that Atta and other hijackers were already in the United States when we did our analysis, specifically in New Jersey and in some other locations in the US.


Undicisettembre: Without breaching classified information can you explain, generally speaking, what kind of data mining techniques Able Danger used to do so?

Erik Kleinsmith: The Land Information Warfare Activity, which I was chief of the intelligence for, was the first organization within the Department of Defense, or maybe the entire US intelligence community, that had a data mining program that was successful in supporting all kinds of operations and that’s why Special Operations Command came to us. A lot of it was centered on being able to harvest massive amounts of information, and instead of having an analyst manually read through each page or message or note or website we then had a tool to read through each of them and give us a visualization of the overall data.

One of the first techniques we used was based on a tool which was called Themescape and we would regularly take four thousand different messages or webpages and the tool would read them and sort each message or each webpage by the phrases that were common between the two. So think of each message as a piece of paper, it would stack them on top of each other and you’d then have a two dimensional map to look down on. This map could then be analyzed for trending topics, outliers, and connections that we didn’t know existed. Instead of the analyst trying to read each of the four thousand messages at one time, they were visualizing all of them together in context with each other.

So we did a search for “al-Qaeda” and we got a big grouping of their operations in four different areas of the world: the Magreb region of North Africa, the Middle East and then what was surprising is we had a large al-Qaeda presence within the South Pacific, specifically with Abu Sayya and al-Jama'a al-Islamiyya, and the last area was in Europe, in the Balkans and other areas of concentration.

We knew from other researches that we would get information for those areas but what was surprising was we started seeing smaller points pop up in the US. One town that did pop up was the one where I was born and raised in Michigan. We would have never been able to get information like that manually, it’s only when using data mining techniques paired with people who knew how to use them that would make them work.


Undicisettembre: Could have 9/11 been avoided if Able Danger had been authorized to share its findings with the FBI?

Erik Kleinsmith: The FBI knew kind of what we were doing because we were working with them on another mission for deception of DoD technologies from different countries that were not considered our friends. We never shared some of the data but more importantly we were never able to follow through and refine the draft of the threat map we had built that showed where they were operating around the world. So we were able to create this initial look and threat map of the organization, we delivered that to SOCOM but we were never able to refine it, go into it, look more deeply because we were shut down for fears of what data mining was doing in terms of violating US law. The main problem was that intelligence personnel is not allowed to surveil or collect information on US persons and the tool was doing it automatically because the tool didn’t care about the law, so the question was “Are these guys collecting information on US personnel directly or incidentally because the tool does it itself?” And since they shut us down I feel we could have alerted or prevented 9/11 in some ways.


Undicisettembre: How come you guys did not share their findings with the FBI? Who prevented you from doing this?

Erik Kleinsmith: It was a purely military operation, so everything stayed within the military. Because we were shut down right at the beginning we didn’t have a chance to alert the FBI. I mean, we came in to work and an order had been received that started all the way up at the Pentagon that said “Cease and desist work” and we couldn’t even open the folders and the files to look at what we had already done. US laws states that if we have information on US persons we can only hold it for ninety days before we have to delete it, so I am the one who had to delete it. We can’t just call out or extract information about a US person and delete that little piece, we are not allowed to touch or look at any of it.

The 9/11 Commission didn’t even know what we were doing because of the classification of what we were working on and when they knew about it they thought it was no big deal until, after the 9/11 Commission Report was published, one of our members, Anthony Shaffer, blew the whistle and said “No, we were a full operation, we had these guys but you guys shut us down”. It’s not like we could explain to the FBI “Hey, we have this cell in Brooklyn that is going to be conducting massive hijacking attacks.” All we knew was there was a cell in New Jersey doing something and we were never able to find them. When you send a message like that to the FBI they can’t act on it either because we are not even able to show them the data.


Undicisettembre: How come no one, not even the FBI, had ever heard of it before and it was such a shock to the intel community when the existence of Able Danger was revealed?

Erik Kleinsmith: Part of it is because it was purely a military Department of Defense operation and the FBI is not involved. And then we couldn’t refine the data, so we couldn’t give them any information. Since we were shut down so early in the process we were never able to build what we thought was a credible threat into something they can act on. So it’s not like somebody stopped us from reporting to the FBI, but we were never able to refine what we had found to the point we could make the decision to let them know.


Undicisettembre: When and by whom was it started?

Erik Kleinsmith: It was started by a member of SOCOM, they had started their own operation at their headquarters in Florida and they sent representatives to each agency of the intelligence community to ask for their help, but they were rebuffed and told “We can’t help you guys, we don’t have the capability to look into that kind of information.” After they were exhausted trying to get help from big agencies they had contacted one of our senior scientist, we gave them a demonstration of our data mining tools and showed them what nobody could show them and they said “We want you guys to work on this as the primary.”

They let us attend one of their brainstorming and planning sessions where all the agencies have their representation and I told my folks “You need to do a map real quick” and in ninety minutes we showed them more information that they had already got from all the different agencies because since we were using data mining tools we were getting information faster. It wasn’t cleared, it took time to look at it but at least it showed we could do it that quickly.