Today Undicisettembre offers its readers the personal account of survivor Gregory Carafello, who was a business owner in the South Tower and left his office after the crash of the first airplane. Now Gregory Carafello is back in the new World Trade Center with his new business.

We would like to thank Mr Carafello for his kindness and willingness to help. 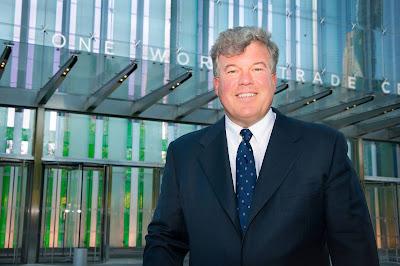 Undicisettembre: Can you give us a general account of what you saw and experienced on that day??

Gregory Carafello: I was one of the 407 people who owned a business in those buildings. In the seven buildings there were 12,000,000 square feet and there were 407 businesses there and I owned one of them in the South Tower at the 18th floor, it was called AbraCadabra Digital Printing. It was a digital color printing company which in the 90s was very big.

We went in early, at about 7, and we had a big meeting at 9:30 in the morning so we were preparing for the meeting and once we were done we felt the concussion, the windows were shaking and it was unusual for Manhattan. We didn’t know what was going on, we thought as everyone else it was a small plane accident, so we started to walk out. The facility manager came in and said “We should leave right now”, I said “Why?” because our building was fine, and he said “In 1999 Mayor Giuliani evacuated downtown Manhattan because of a hurricane and when he did that it took three hours to go down 18 floors,” because what people don’t realize is that the staircase is very narrow and there were only three staircases for an acre of plan. So I took my PalmPilot, my wallet, my phone and that’s it because we thought we would have stayed out for a couple of minutes.

We decided not to take the elevator for obvious reasons, but because of the 93 bombings we did fire drills every six months so the evacuation was very ordered. It took us sixteen or seventeen minutes to get out. While we were going down the staircases we could smell a lot of jet fuel coming from the other building because there were 99 elevators in each building and the elevators started to act like chimneys with the smoke going up the chimneys.

When we got out, the plaza, which usually was a beautiful place where they had concerts or you could have a cup of coffee or a cappuccino, was so damaged that we decided to go even further, go to the subway and then get out of there but it was all sealed off so we could not go down that way. So we went back up the stairs and we ran out from 4 World Trade Center and we sprinted to One Liberty, which was across the street and that was where we were when the second plane hit.

While we were standing there I gave my phone to the gentleman who worked with me and told him to call New Jersey where we had four facilities to tell them we would have been back to the building in a few minutes. And as he was looking over me he saw the plane arriving behind me.

As the second plane hit things changed, things were different. In an instant we knew we were under attack and people started to run out. We ended up walking and running through the city to the Waldorf Astoria and they wouldn’t allow us in that day because they were packed and sold out. So we had to beg for a room, we were probably the first people to go up the town.

We made it in there and the city was kind of sealed off, everyone was watching TV and so were we while sitting at a table there.


Undicisettembre: Where were you during the collapses?

Gregory Carafello: Running through midtown, we didn’t know they had collapsed until 14:30.


Undicisettembre: What happened to you in the following days?

Gregory Carafello: I was working from home and I was very shaken up and the noise level was unbelievable. In the next days we had to do with the FBI and FEMA. The FBI was asking what employees did not show up for work that day and where my employees were from. Undicisettembre: Did you suffer from post traumatic stress disorder?

Gregory Carafello: I don’t think I did. One thing good about talking about it is that it’s cathartic, it helps you.


Undicisettembre: You were a business owner but you didn’t have a facility for your business anymore. How did you manage that situation?

Gregory Carafello: We had to bring everything to New Jersey, where we had facilities but we didn’t have big equipment. We had a deal with the insurance for the equipment and for the business interruption. The equipment insurance worked very quickly, so in two or three weeks we had our new equipment.

But a lot of our customers were gone, so we had to start over.

I sold the business in 2004 and till that time we remained in New Jersey. Now I’m back in New York, I own a different business called Cartridge World and we are now in the new One World Trade Center.


Undicisettembre: What are your thoughts about the firefighters who risked their lives to save others?

Gregory Carafello: It’s heroic and amazing that they continued to do their jobs knowing what the situation was. Those guys lost 343 people on that day. I only have the highest respect for them.


Undicisettembre: Do you feel proud of being part of something that is actually part of the healing process?

Gregory Carafello: Definitely. You come full circle. I love being there.


Undicisettembre: What do you think of conspiracy theories that claim that 9/11 was an inside job?

Gregory Carafello: People can believe whatever they want, but I was there and smelled the jet fuel. I don’t believe it was an inside job. I don’t think there’s any credibility to their statements.


Undicisettembre: How long did it take you to get back to normalcy?

Gregory Carafello: It took years to get into rhythm, into a comfort zone. But when you own a business you cannot just go look for another job. I had to lay off a lot of people and that was hard. I had 39 people who had been with me for years, they bought houses, cars and started families. And it’s hard to say to people who work 70 hours a week “Listen, man, we can’t go on. There’s nothing here for you.” It’s a very bad situation.

The other side of that is that being financially strapped keeps you busy, you have to grow your business. That situation creates such a drive that helps you restart things. 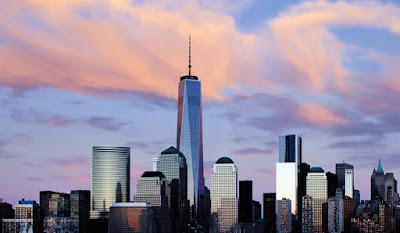 Undicisettembre: Do you think the city is still living in fear?

Gregory Carafello: I’ve been working here since 1981 so I can tell you that in my 35 years it has never been better, never been cleaner, nicer, newer. There are 14 brand new residential buildings being built in the financial district right now: it’s unbelievable. To me that’s the best I’ve even seen it by far. It’s very safe and very dynamic and I hope it stays that way.

What people don’t understand about New York is the volume of the business that goes on there, there’s more business in one building of the Trade Center than in half New Jersey.

So I think it’s beautiful. I don’t think people are living in fear.


Undicisettembre: Have you been to the 9/11 Memorial Museum?

Gregory Carafello: Yes. I’m a docent there. I’ve been there since day one. I’ve been upstairs to where the pools are for one year and I’ve been downstairs to the museum since the opening. It’s very moving and I mean moving because of the people I met and worked with: a wonderful camaraderie. The museum itself is a very popular place and about 50% of the people who go there are from abroad.