Undicisettembre today offers its readers the account of firefighter James Bonzano, who was one of the first responders to arrive on the scene at the Pentagon. Bonzano's account is yet another confirmation that among people who were present no one had doubts about the fact that the facade of the Pentagon was hit by an airliner and that conspiracy theories were only created long afterwards by people who don’t know what they are talking about.

We thank James Bonzano for his time and willingness to help.


Undicisettembre: Can you give us a general account of what you saw and experienced on that day? 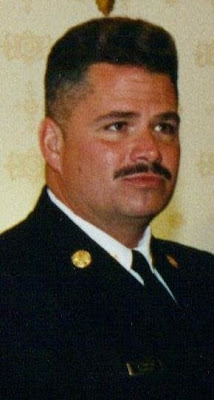 James Bonzano: All the chief officers, even those off duty, were attending a leadership class half a mile from the Pentagon. While we were at the class we heard what sounded like an explosion and all of our pagers went off, so my colleagues and I exited the school and got into our vehicles. I turned on my portable radio and started listening to the radio traffic and it was almost surreal; I could not believe what I was hearing. We heard that an airliner had crashed into the Pentagon and we had a mass casualty incident. I was listening to the return of the first two units that arrived on the scene basically saying what they were up against.

We staged at one of our firehouses and then we started to shuttle over to the Pentagon. I was given the responsibility of the EMS division. I was in charge of the triage, treatment and the transport of the injured and making sure that we got the casualties to the appropriate facilities and hospitals.

As you can imagine there was a lot of fire, you could see where the point of impact was and there was a lot of mass chaos. My first responsibility was also to get control of the civilian and military traffic; bring order to chaos. I was working with an Arlington County police officer and friend Don Grinder. We started working and setting up a perimeter with one point of entrance and one point of exit so we could get control of the situation. Our main concern was taking care of the injured and transporting them to the hospitals.

Immediately following the attack, I was at the Pentagon for 24 hours. Following that I worked nine days in a row on twelve hours shifts. On the first day we were in a recovery and rescue mode. The following days we did more firefighting as well as casualty collection.


Undicisettembre: What can you tell us about people coming out of the Pentagon? What were their conditions?

James Bonzano: There were people being transported either via helicopter or medic units to the civilian hospitals before I even got there. But I remember people were rattled because of the event of that day. We had civilians, military and firefighters with soot on their faces and torn clothes. Some said they were fortunate enough and blessed to have made it out.


Undicisettembre: What happened in the next days at the Pentagon?

James Bonzano: Over the next few days, I had several responsibilities. The first day I was in charge of the EMS division and the day after I was in charge of the operations section, which included fighting the fires and search and recovery effort. The incident commander was then Assistant Fire Chief James Schwartz and I was working under his direction.


Undicisettembre: Did you get a chance to see the hole in the facade before it collapsed?

James Bonzano: I got there just after the collapse; the radio announcement was happening as I was getting there.


Undicisettembre: Did you get a chance to see if it was big enough for an airliner?

James Bonzano: It collapsed when I was getting there but there were different layers or “rings” of the Pentagon which were pierced. There was no question that the impact zone was catastrophic and large enough for an airliner.


Undicisettembre: Has this experience given you a new insight into being a firefighter? 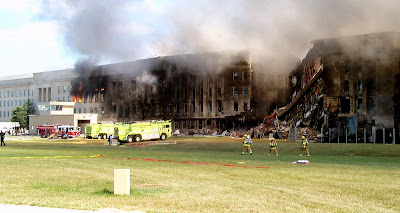 James Bonzano: I have been a firefighter for 31 years. I’m a Deputy Chief now and this has always been a very rewarding job. I was blessed to come to work and actually help people and this is how I still see it today. I love the fact that all our focus is to be trained to help people. On that day my job changed significantly; no longer was it just running to fight fires, or treat the sick and injured but also terrorism. And we knew we would have to deal with it for a long time. We were fortunate as we had forged great relations with our partners at the Pentagon and our mutual aide neighbors. We had trained together, working on regional emergency standard operating procedures, and medical protocols which enabled us all to operate smoothly. Like any incident, there are always challenges to overcome, but it’s so much easier when you have developed positive working relationships with your regional partners prior to an event, thus facilitating a team mentality.


Undicisettembre: What’s your opinion on the many conspiracy theories regarding 9/11 and specifically the Pentagon incident?

James Bonzano: I was one of the first responders on that day and it doesn’t hold the water with me. I know what we were up against on that day and conspiracy theories weren’t a reality, we had a major airline disaster.


Undicisettembre: How does it feel to have been part of such a search and rescue effort? Firefighters are generally considered the heroes of that day.

James Bonzano: I don’t see myself as a hero, I see myself as a part of people who came together to do the right thing. Anybody in the same situation would have done the same thing. We were blessed in the sense that we were trained and everybody came together on that day and worked in a framework according to our procedures. I think anybody under the same circumstances would have done the same thing. I feel blessed I was able to help people, my heart and my prayers go to people who lost their life or lost the loved ones on that day. I feel for my brothers and sisters in New York City and in Pennsylvania as well. It was a tragedy and the only good I saw was the people coming together to help others.


Undicisettembre: Did you have psychological consequences after 9/11?

James Bonzano: I did not. But I have close friends in the fire department that did have consequences.

One of my colleagues and very close friend, Captain Ed Blunt, had been there since very early and dealing with the casualties as an EMS Supervisor. I asked him “Are you good?” He said “Yes, I am good.” and then he told me his wife was on a flight headed home right then. He didn’t know which flight but he thought it was the flight that hit the Pentagon. I looked at him and said “Eddie, are you sure?” he said “No, I'm not sure but I have this feeling it's that flight.” and I said “We need to get you out of here.” He looked at me very clearly and said “No, I need to be here.” I guess what he was saying to me was that if he had to leave the scene what was on his mind would have been more than he could handle but staying and being focused on helping people helped him feel like he was serving the cause.

I thank God she wasn't on that flight.

My family was 20 miles away that morning. Cellphones were not working but I was able somehow to make one phone call to my wife to make sure they were all okay. Once I knew they were safe, I was fine.

As sad as that event was I was very, very proud of the men and women who worked for the fire department as well as our regional neighbors; lots of people did very good things on that day. Even before we got there, there were people helping people, putting themselves in harm’s way trying to save others. 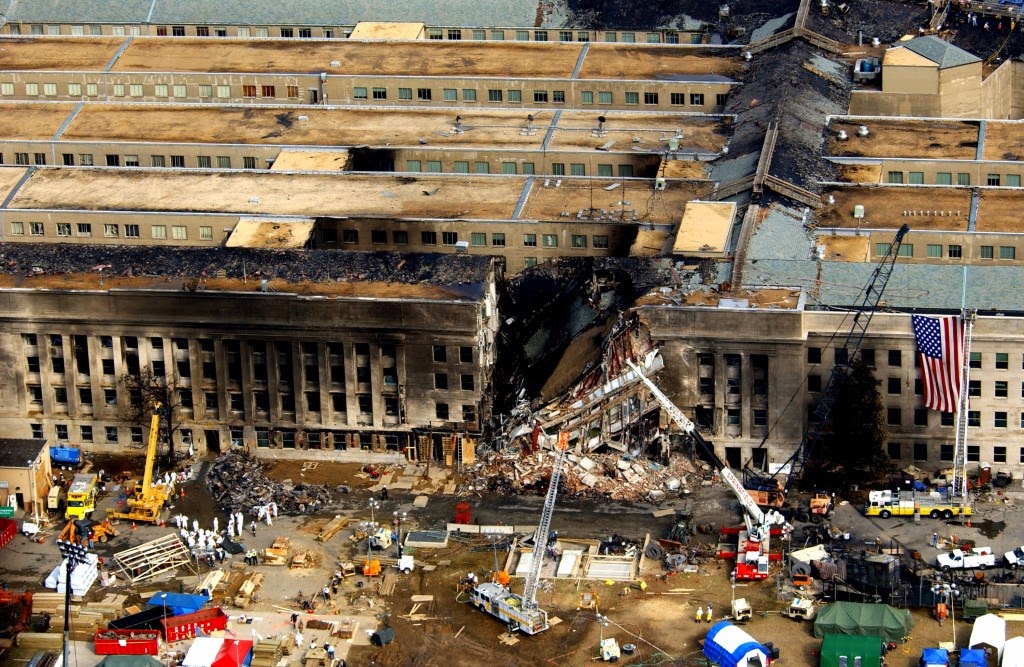 Undicisettembre: While you were there at the Pentagon was anyone having doubts about the fact that a plane had hit the Pentagon?

James Bonzano: No. Not even one. Never. It’s easy for me to refute them because I lived it. However, I heard these theories later but they hold no water with me. I don't believe, not even for a second, that something different from an airliner crashed into the Pentagon on that day. I know what I lived, I know what I saw, I know what I saw for more than ten days. There is no question.


Undicisettembre: Do you think the country is still living in fear or has it regained its standing in the world?

James Bonzano: We have a new outlook. 9/11 woke up a lot of people, the world changed before my eyes. I cannot tell you that people live in fear, but we are better prepared and resolved to defend our liberties.